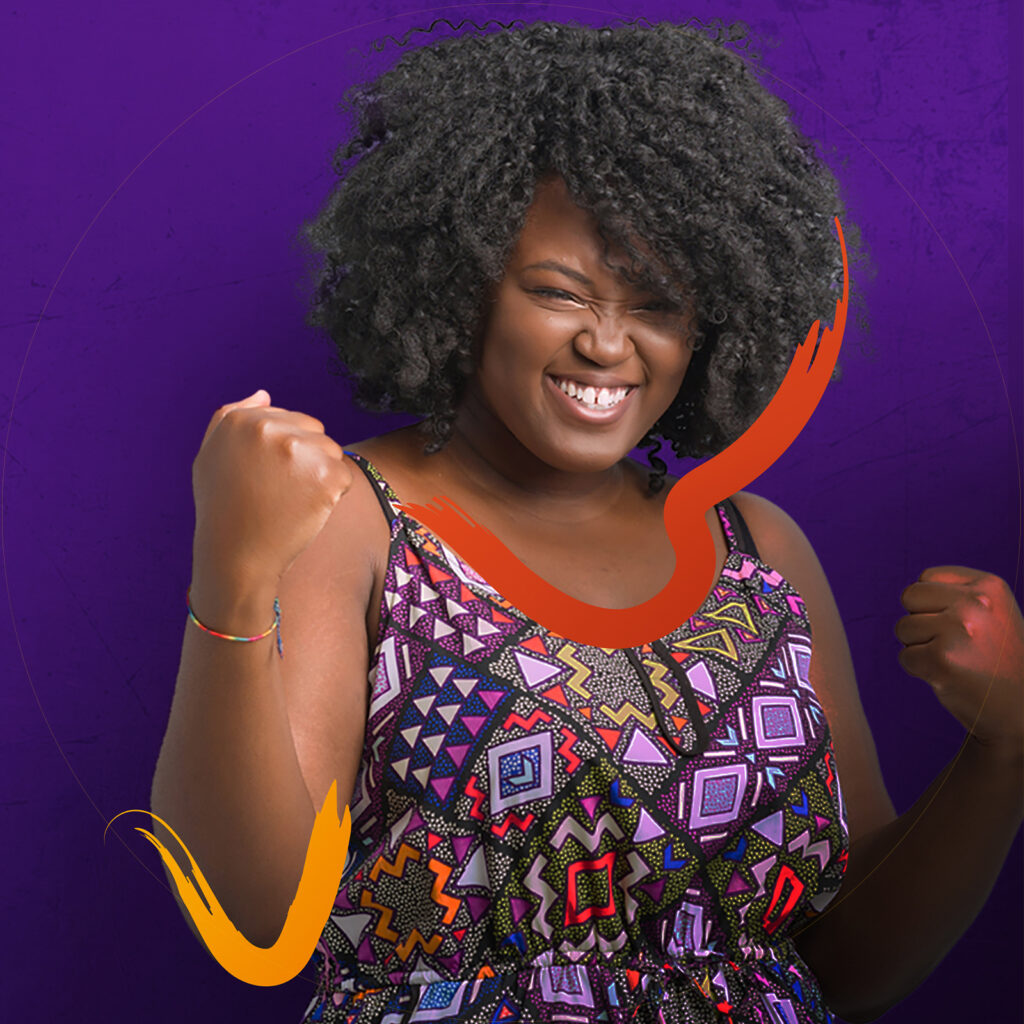 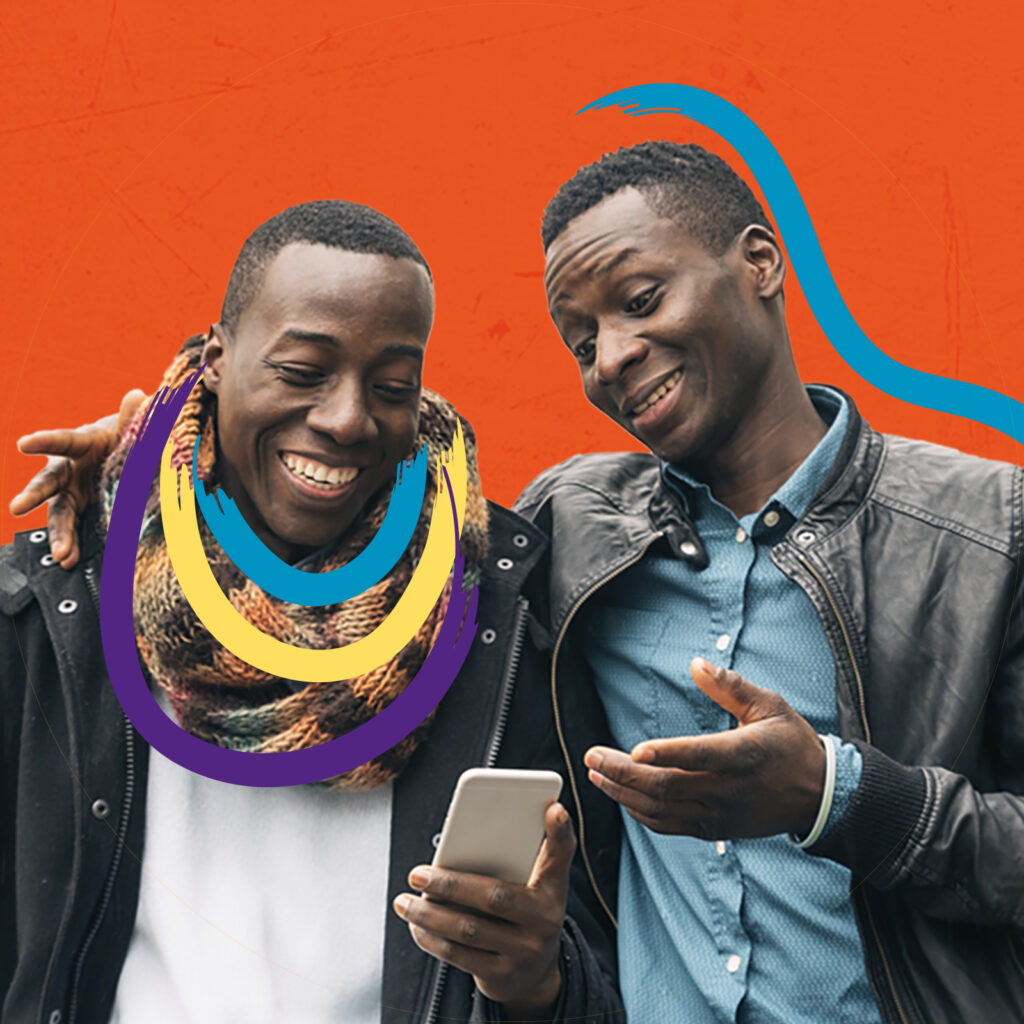 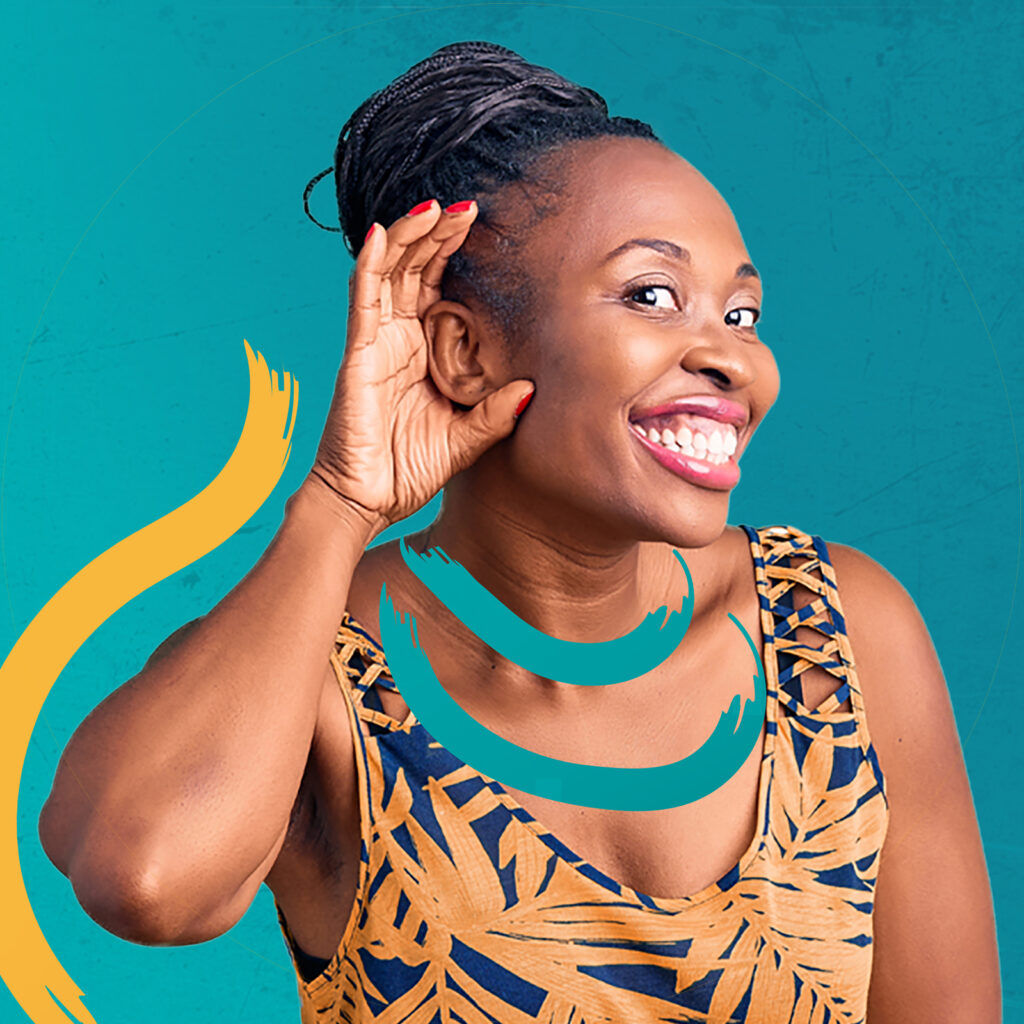 The first phase of the cervical health campaign yields impressive results in raising public awareness in Kenya through partner and advocate engagement.
September 14, 2021

Cervical cancer is a major cause of premature death and disability among women, with at least 3,300 Kenyan women dying from the preventable disease every year. In Kenya, only 16 per cent of women aged between 25 and 49 have been screened for cervical cancer, according to the National Cancer Screening Guidelines. This figure is in sharp contrast with the recommended 70 per cent needed to set Kenya on the path towards cervical cancer elimination.

To accelerate the achievement of this goal, we teamed up with TogetHER for Health to create Kizazi Chetu, an intergenerational awareness creation campaign to generate demand for cervical cancer screening and prevention services. Through the campaign, we were able to address the multi-causal and diverse barriers that keep women from seeking and accessing cervical cancer services ranging from low awareness of cervical cancer and misconceptions about treatment to cultural norms and gaps in existing service delivery.

We built a campaign strategy that leaned on multi-stakeholder partnerships and influencer advocacy, bringing together a diverse group of allies from policymakers and service providers to thought leaders and cancer survivors, among others. They were all invested in backing a common goal – a generation of cervical cancer-free women who are bold, autonomous, and fully protected from the disease, which formed the core of Kizazi Chetu’s rallying call.

First, we designed a pilot to test and learn from a national conversation on cervical health and polish our campaign messaging. Based on our findings, we shifted the campaign language from cervical cancer to cervical health, which removed fear and sparked positive conversations around screening and treatment. Our approach also provided an avenue to offer knowledge and support for women with questions about cervical cancer and treatment options.

To engage Kenyans in unbiased, stigma-free conversations around cervical health, we moved away from one-way communication towards a dialogue-based approach that contributed to widening the reach, building trust, and helping tackle taboos surrounding the cervical health service journey. We also took a non-gendered, inclusive approach to cervical health, providing a fresh perspective that encouraged cross-generational engagement and mobilised communities in support of cervical cancer elimination.

Kizazi Chetu’s public awareness creation was done through traditional and social media platforms targeting a predominantly urban audience in Nairobi, Mombasa, Kisumu, Eldoret, and Nakuru counties reachable through digital and national media. Between May and July 2021, we held popular bi-weekly tweet chats where a coalition of influential voices spoke positively on cervical health. We also got our message through to mainstream media in the form of interviews, talk show appearances, and opinion pieces, which were written by our colleagues in partner organisations and gained national attention. 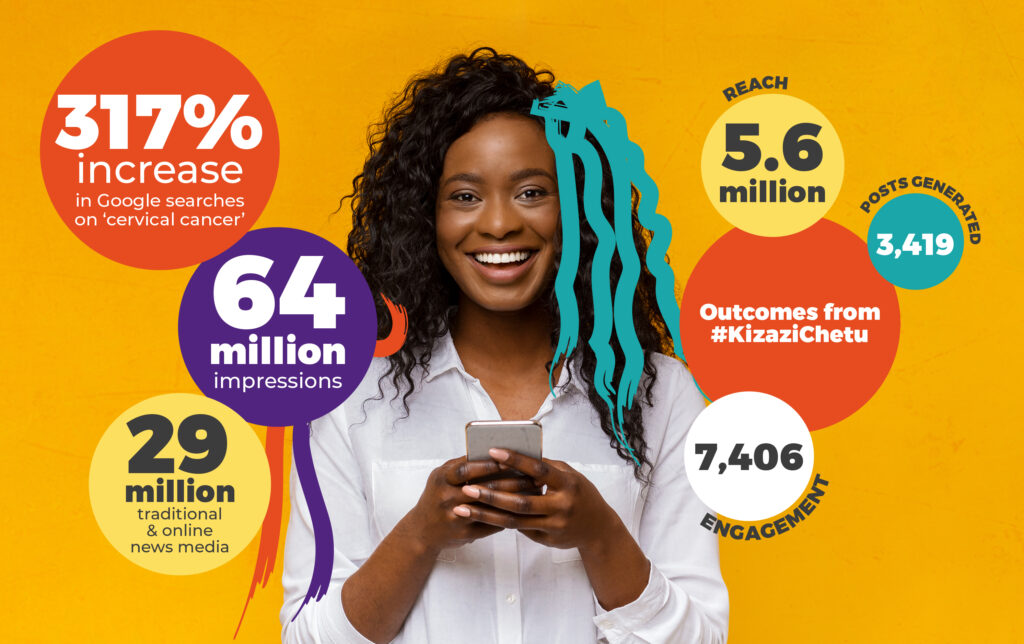 The chosen strategy turned out to be highly successful. During the eight-week campaign, Kizazi Chetu garnered 64 million impressions on social media and 29 million on traditional and online news media. The Google searches on ‘cervical cancer’ increased 317 per cent during the campaign period compared to the previous year.

“It was encouraging to see this ambitious initiative take off and create an impact in the areas of awareness, collaborative engagements, and call-to-actions that align with the WHO impact guidelines of screening and treatment”, summarises Sophie Hodder, Country Director of Marie Stopes Kenya and one of our partner organisations on the campaign.

Central to Kizazi Chetu’s strategy was also to drive demand in existing cervical health services. On top of discussing the importance of cervical health, the campaign’s influencer advocacy focused on sharing information on where Kenyans can access cervical cancer screening and preventative treatment.

The appearances on tweet chats and media outlets yielded promising results. Throughout the active campaign, interest in ‘cervical cancer screening’ increased in Google searches by up to 100 per cent compared to a month before the campaign, which was also reflected in the uptake of screening services. Our service provider partners recorded that the demand for cervical cancer screening almost doubled in the campaign period when compared to the same period in 2020, and there was a notable, though not as steep, increase reported in screening numbers in government facilities.

“We have seen a growth of almost 200 per cent in screening during the duration of the campaign. We waived consultation fees during this window in support, and that was such a valuable investment towards this initiative”, Hodder from Marie Stopes continues.

Encouraged by the campaign success, TogetHER for Health and Scope have agreed to expand the awareness of and informed demand for cervical health services for the next phase of Kizazi Chetu. We are planning to incorporate service provider perspectives into the campaign to improve the patient experience of cervical cancer prevention services. We are also exploring opportunities to employ futures thinking and system design to develop a national policy and operational roadmap that integrates improved screening and treatment technologies into service provision across Kenya.