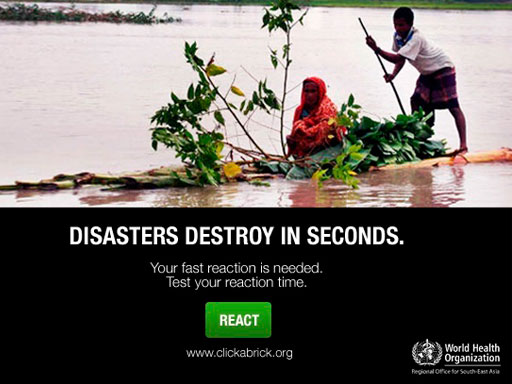 Click a brick: Drive for safe hospitals in disasters

224 000 people supported the campaign  through the Facebook application, leading to the resolution signing in Geneva as well as Government and hospital actions in India, Indonesia and Nepal. The campaign brought together multisectoral safe hospital stakeholders in the region and the efforts resulted in a September 2009 commitment by WHO’s Member State Ministers to make health facilities safe by adopting the Kathmandu Declaration on Protecting Health Facilities from Disasters.

Back to our work