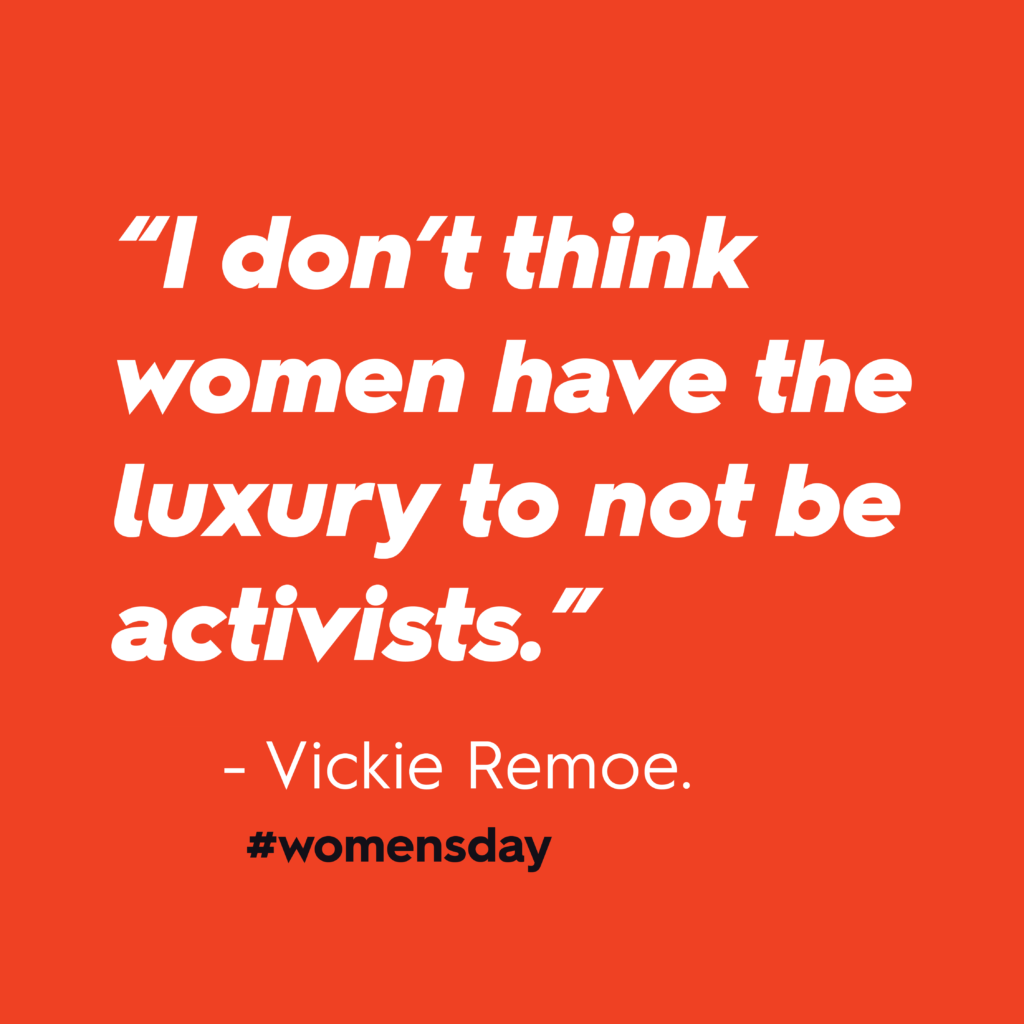 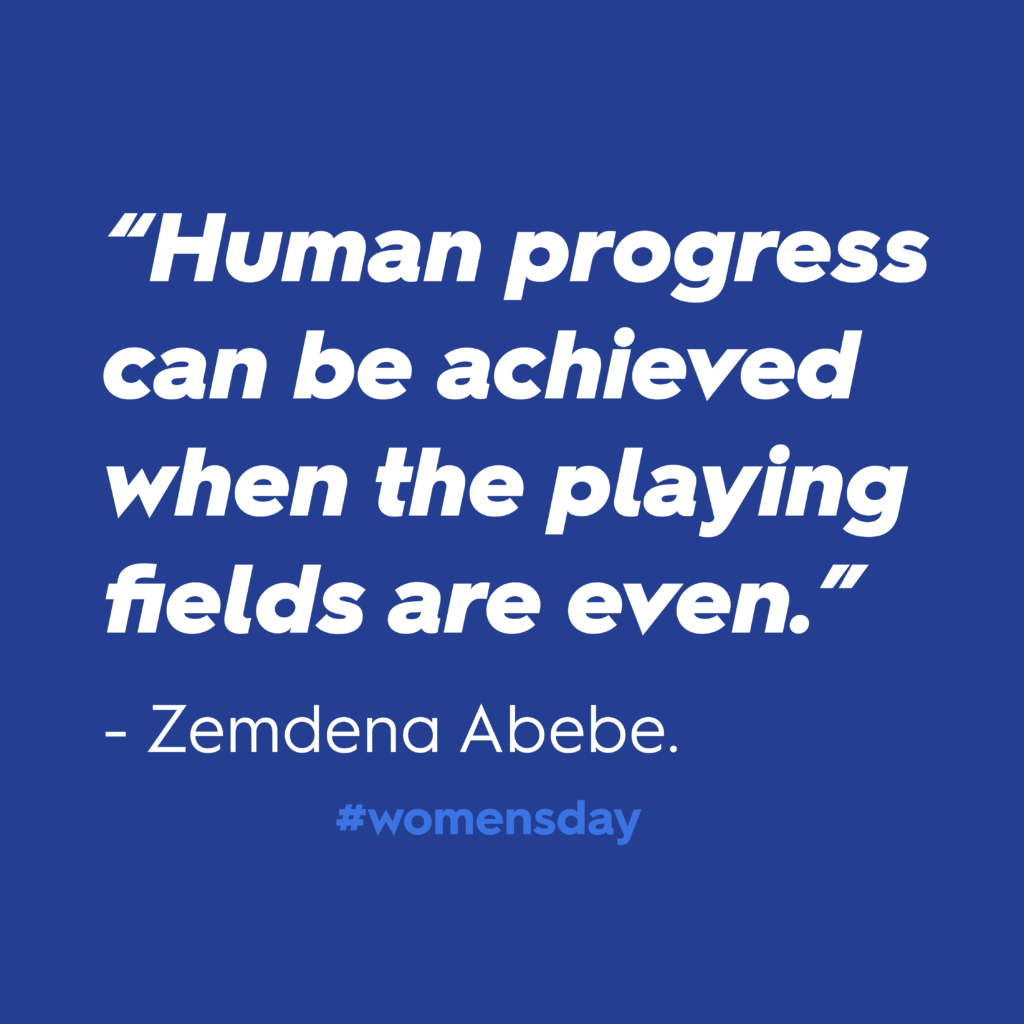 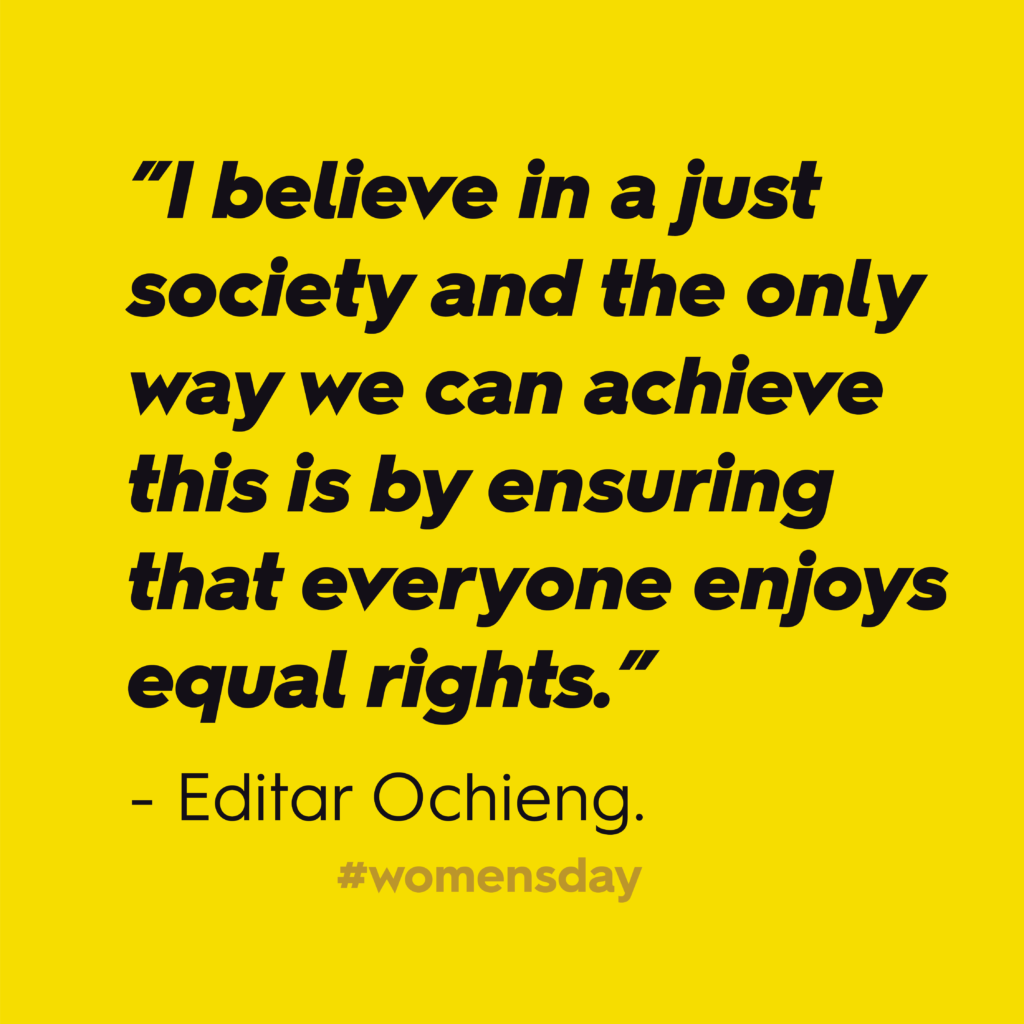 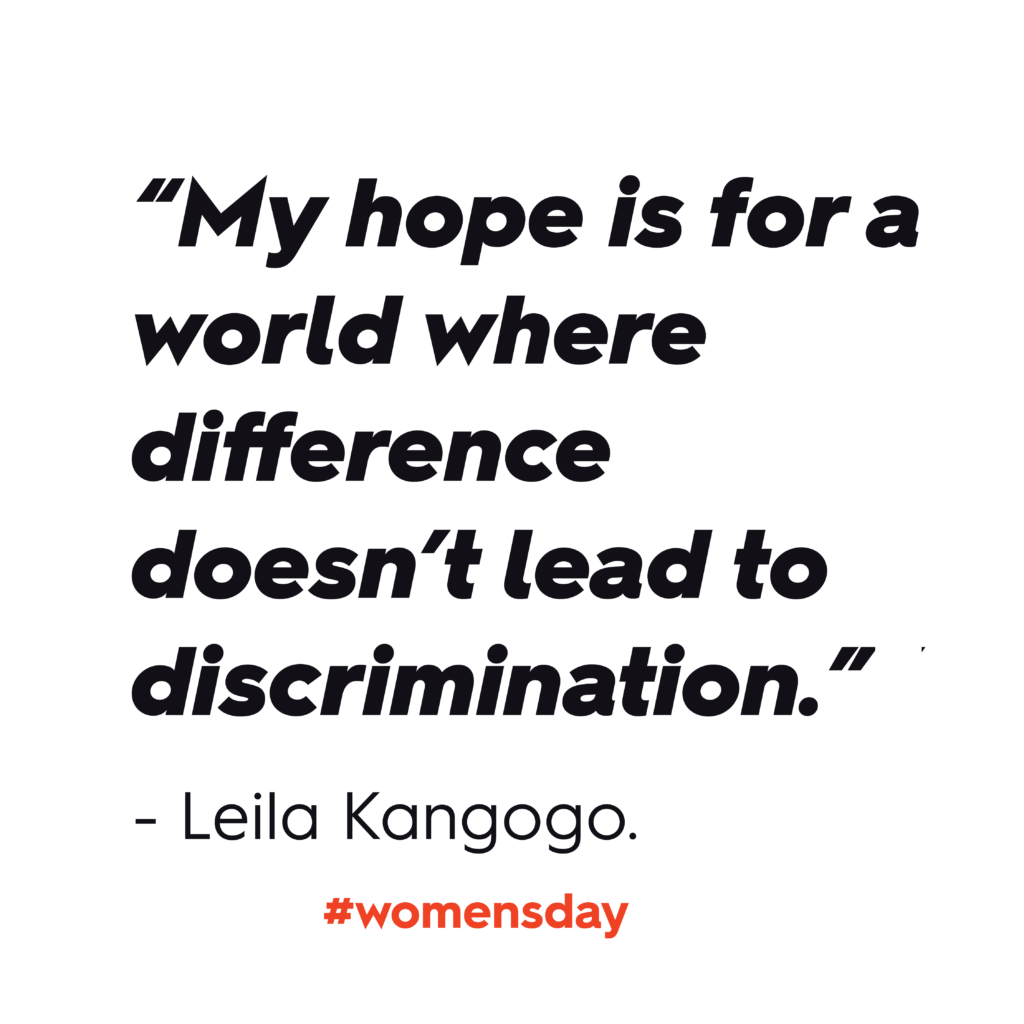 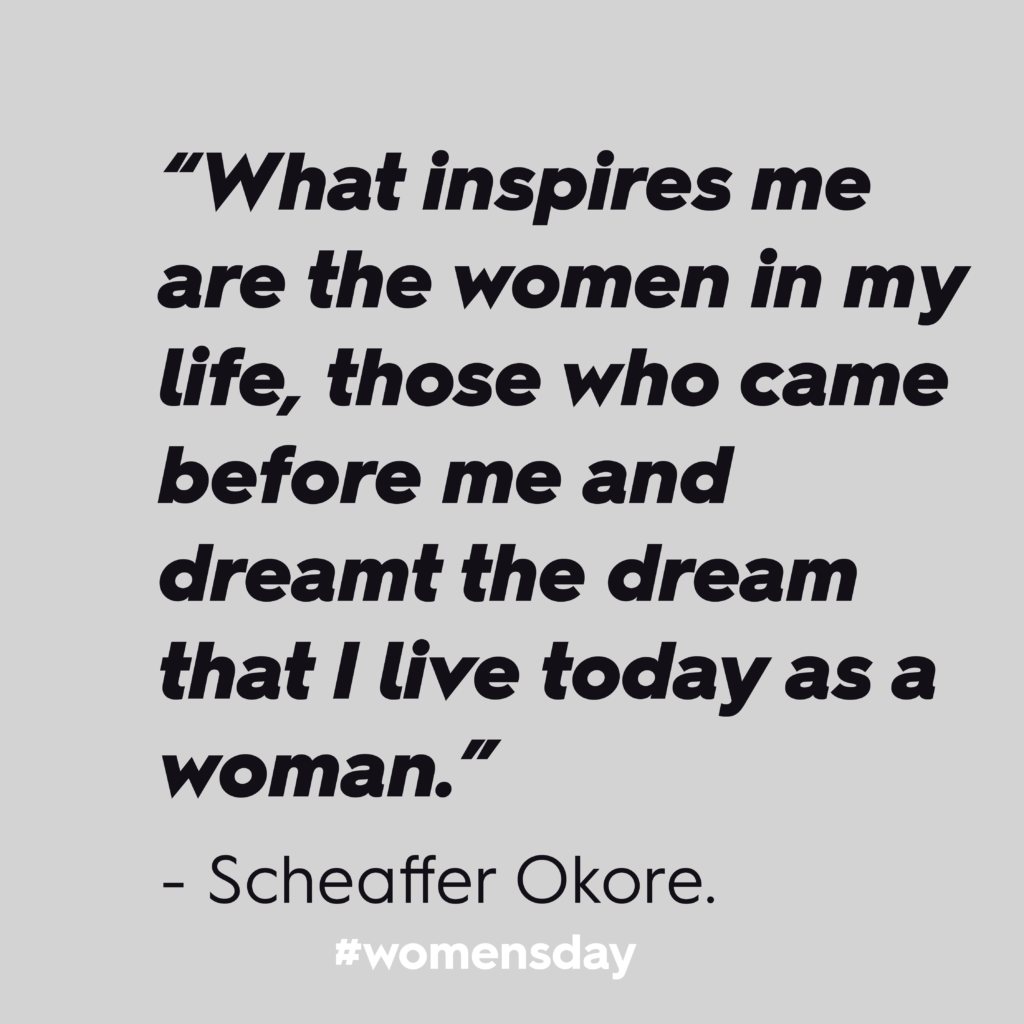 For Women’s Day today, we’re using our digital platforms to feature women activists from Africa who are using their voices to help forge a gender equal world.
March 6, 2020

“Gender equality means you believe that being a girl isn’t something that makes you a lesser being.”

Vickie Remoe’s mission is to change attitudes and behaviors that perpetuate gender inequality in West Africa. As host and producer of the Vickie Remoe Show, she covers business, governance, travel, and gender inequality from a uniquely feminist and African perspective. Her stories on sexual assaults and gender-based violence have helped motivate national governments to take action and led to the arrest of rape perpetartors. 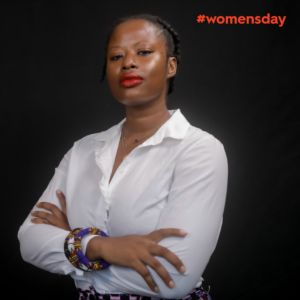 “I wanted to use stories about challenges women face to give them affirmation, to keep women going.”

Originally from Sierra Leone, Vickie founded VR&C Marketing in Ghana as the first agency committed to understanding African audiences and has worked with some of the largest businesses from Africa and around the world. She amplifies stories to raise awareness and support survivors of gender-based violence.

“You must not be afraid to say that there is a system that exists that keeps women down and keeps them out and that system is counter to human development.”

“I fight patriarchy and injustice because I was not safe in my neighbourhood. No movement has protected my rights like feminism.”

Born and raised in Narobi’s Kibera community, Editar saw first-hand how women suffer disproportionately as they are more affected by poor infrastructure and lack of resources, making them vulnerable to sexual violence and exploitation.  As a human rights defender, she advocates for the recognition of sexual and gender-based violence (SGBV) as a national disaster in Kenya and for new policies to better protect survivors. Being a SGBV survivor herself inspired Editar to found the Feminist for Peace, Rights and Justice Centre. 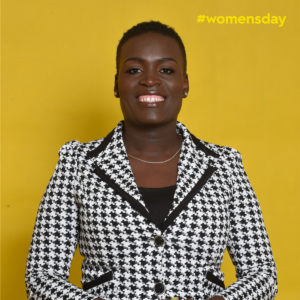 The Centre works in Kibera to support young women’s leadership capacity and to help women understand their rights and access justice. To do her work, Editar has had to contend with resistant bureaucracies and threats from accused perpetrators. However, she remains motivated knowing that her efforts directly benefit other women and can help them realize their full potential.

“I believe in a just society and the only way we can achieve this is by ensuring that everyone enjoys equal rights.”

“As long as gender equality is being addressed through patriarchal structures, we remain unable to progress towards all women’s true liberation, autonomy, inclusion and  representation.” 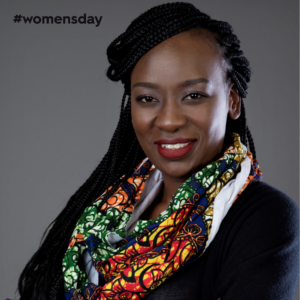 Scheaffer Okore refers to herself as an Afro-Politico-Feminist, which defines her identity, work and ideology. She’s a development strategic advisor for philanthropies and INGOs working intersectionally on policy, governance, and gender with a feminist lens. A columnist for one of Kenya’s top newspapers and one of the revered voices advocating for women’s participation, leadership, representation, menstrual and reproductive health rights.

“What inspires me are the women in my life, those who came before me and dreamt the dream that I live today as a woman who is able to be visible, powerful, and working towards expanding space for others. Then there are those women who are currently in my life, who support, love and hold me accountable in equal measure.”

“There is no gender equality with the backward system of white-supremacist, hetronormative, capitalist, patriarchy. Human progress can be achieved when the playing fields are even.”

Zemdena is a Pan-Africanist womanist, feminist activist, and the founder of Africolors, a social-enterprise startup curating products made by African women. She works to amplify the voices of women and to disrupt oppressive systems through her writing, storytelling, and activism. An activist since an early age, Zemdena writes about social justice and aims to influence society’s behavior towards women by using multimedia platforms and research. 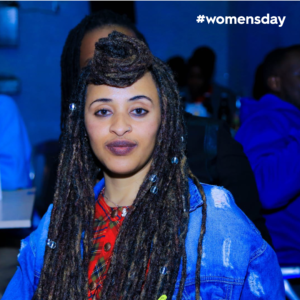 “What inspires me to do my work is a strong belief that a better world is deserved and possible. Despite the social hierarchies and silencing that global power structures unfairly place on me and people like me, I know my silence will kill me faster than my intended stay on this earth.”

“I’m an Afro-feminist and an avid chaser of light. I’m also a firm believer in the Swahili saying, “Haba  na haba hujaza kibaba.” It roughly translates to: ‘It’s the small things that make up the big things.’” 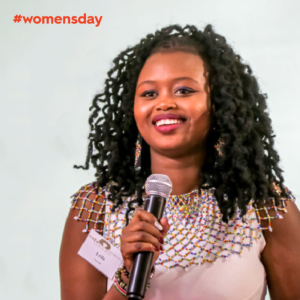 Leila is passionate about creating platforms that amplify the voices and issues of young women. This passion has led her to found a blog that focuses on African women, their stories, the issues that matter to them. She covers life stories, discussions on sexual reproductive health, rape culture, safe abortion, and also discussions on trying to figure out who the women really are. The blog has a secondary arm, Safe Spaces, which is a platform to amplify the voices and issues of young women and girls.

“My hope is for a world where difference doesn’t lead to discrimination. A world where women are respected because they’re human.”