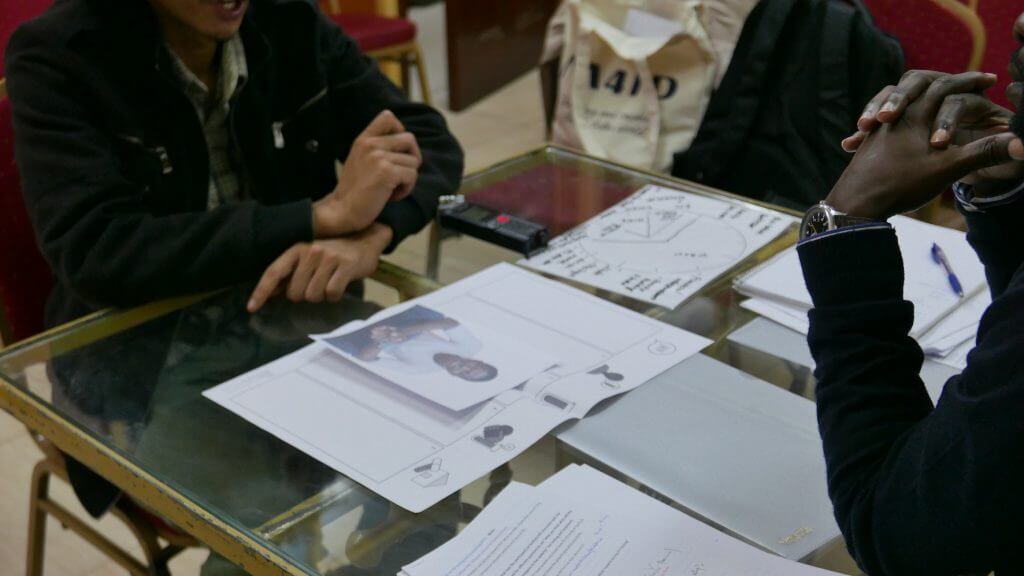 M4ID’s field research visit to Kenya yielded several findings regarding the emotions and experiences associated with HIV self-testing kits; this research was subsequently presented at the 2018 International AIDS Conference.
August 7, 2018

Last month, 16,000 activists, scientists, and leaders gathered in Amsterdam, anticipating this year’s International AIDS Conference. The week was brimming with urgency, activism, and intensity, as delegates engaged in learning sessions for the sake of gaining better understandings of HIV and its impact across the globe.

Included among the myriad programmes and sessions was a satellite presentation on Tuesday, July 24, by the Children’s Investment Fund Foundation (CIFF). They demonstrated the early findings from the HIV Self-Testing Human Centered Design (HCD) Challenge Fund, in which M4ID is a competitor. Included in this presentation were findings from M4ID’s recent field research trip to Kenya, in which we began researching men’s experiences and perceptions of HIV, testing, and care.

In early July, a multi-disciplinary team travelled to Nairobi and Kisumu to conduct interviews, meeting with groups of men from vulnerable populations. Based on this research, M4ID developed two personas that each represented a set of key behaviours and attitudes. One persona was a university student in Nairobi; the other was a a boda boda (motorcycle taxi) driver in Kisumu.

We listened as men anonymously narrated their experiences, sometimes expressing fatalistic outlooks of HIV. “People always say that everything will be fine when you get tested positive, but I don’t believe that’s the reality,” said one boda boda driver during discussion.

While thoughts, experiences, and lifestyles varied among participants, a common thread was clear: self-testing alleviates many of the fears men have regarding HIV testing, but it does not currently represent a perfect solution.

Highlights of three specific findings from our field work and what they mean for self-testing: 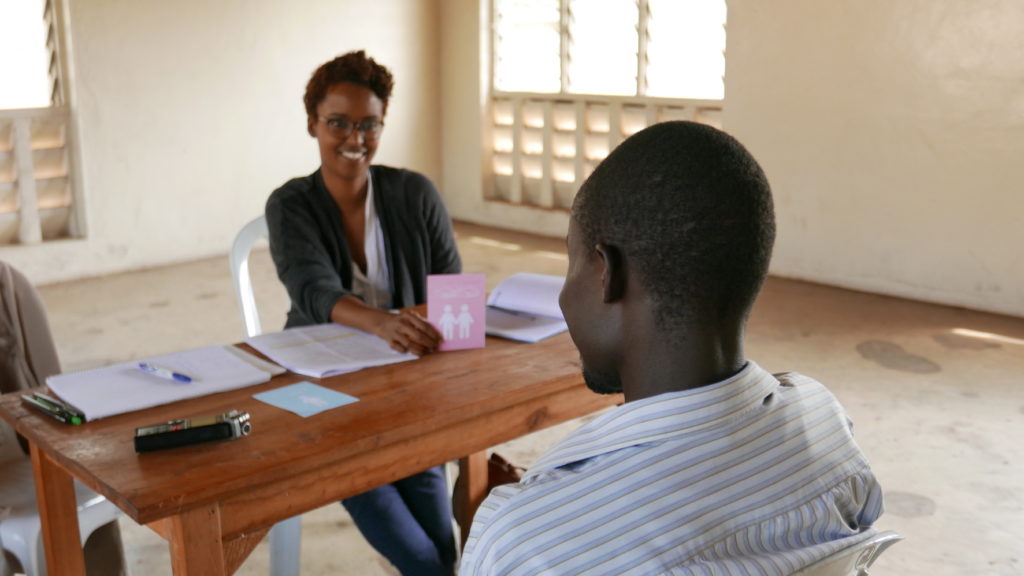 Additionally, it became clear that testing HIV is a process, or journey. We noticed that despite one’s background or specific conditions of lifestyle, the emotionally-charged timeline typically presents itself as: learning about HIV, being triggered to test, accessing HIV self-testing, using the kit, receiving results, experiencing a reaction to results, and finally, living a life after learning the results.

Based on M4ID’s findings, and the findings of other companies participating in the HIV HCD Challenge, CIFF further streamlined the testing journey process, pinpointing it into four concise steps: (1) learning about HIV, (2) experiencing a trigger to test, (3) testing, and (4) managing results. This four-step journey was presented by CIFF, captivating the audience and spotlighting the role and need of human-centred design.

During the satellite presentation, CIFF substantiated many of our other findings, including the fact that men are not unaware of how HIV is acquired, but that they are simply unsure of how to live with it: sometimes, denial and testing avoidance are erroneously perceived as the best forms of protection for men. This reality demonstrates the need to bridge the gap between steps one and four of CIFF’s outlined testing journey. As M4ID continues to progress in the HIV HCD Challenge, moving beyond the research phases, we keep this crucial information in mind.