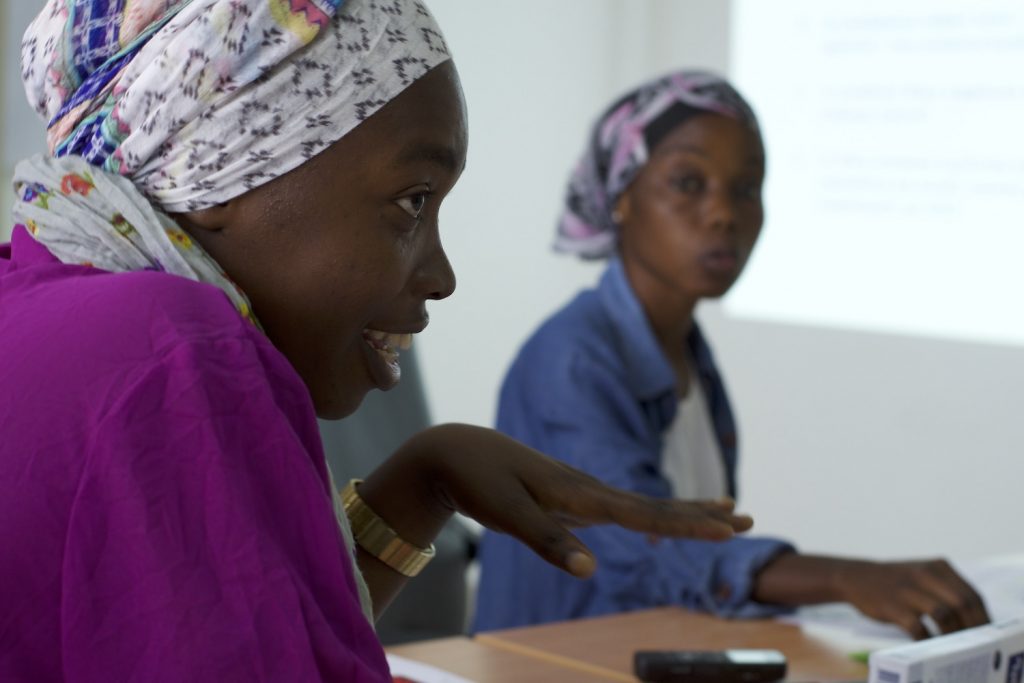 The first test is always the hardest

“I want to be a business lady”.

Sharifi holds up a big piece of white paper. On the paper, she has drawn a sewing machine and a dress. “If I make clothes, I’ll be making money and my family can live a good life.”

Sharifi was one of the Tanzanian girls who participated in a workshop in Dar es Salaam organised by M4ID and local partners in September.

For the past two years, M4ID has been working on a project called Next T, which aims to support the uptake of HIV testing and strengthening of linkage to care among Tanzanian adolescents. The “T” in the name stands for “testing”. The country has around 1,5 million people living with HIV, many of whom don’t know their status and therefore cannot access treatment. 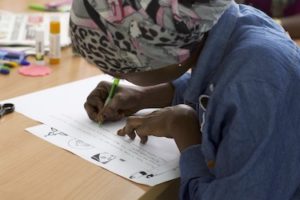 During the workshop in Dar es Salaam, we asked girls to visualise their dreams.

Testing and treatment is free for Tanzanians, so the question is: why are people not testing? For many young people, fear is a major barrier. Testing positive feels like a death sentence, so not testing seems like the safer option for a young person.

To get to the bottom of the problem, it was important for the team to understand how young people thought their life would change by contracting HIV. What were their dreams before testing, and had they changed as a result of the positive status?

“Co-design workshops with adolescents and young people were eye opening,” tells Palash Singh, who works with M4ID as a senior service designer. “They validated our research findings on the barriers people faced in testing for HIV and linkage to care. Fear was a major factor.”

“Interestingly, when we interviewed young people, who had never tested and those who had already lived some time with HIV, it turned out that their hopes and dreams were not so different. The people living with HIV told us that life and their future dreams hadn’t changed very much. These days the anti-retroviral treatment is working so well, many people with HIV live long and happy lives.” 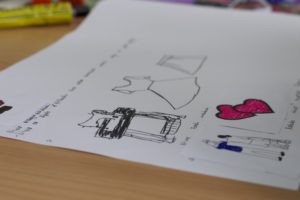 The dream of a young Tanzanian girl: making a living by sowing clothes.

The way Tanzanian people generally view life with HIV is however still very different. “Although people living with HIV can still have a job and a family, the fear of life being over was still very strongly present in the minds of those who had never tested,” Singh explains.

The project is now moving on to the next stage, thinking about solutions for the problem. Based on the learnings of the primary research and co-design phase, Next T is going to create prototypes and test solutions ranging from communication campaigns to better design of health services and facilities during November and December.

“The first test is always the hardest,” Singh reminds. The challenge is to get as many young people as possible to take that first step.

More about Next T