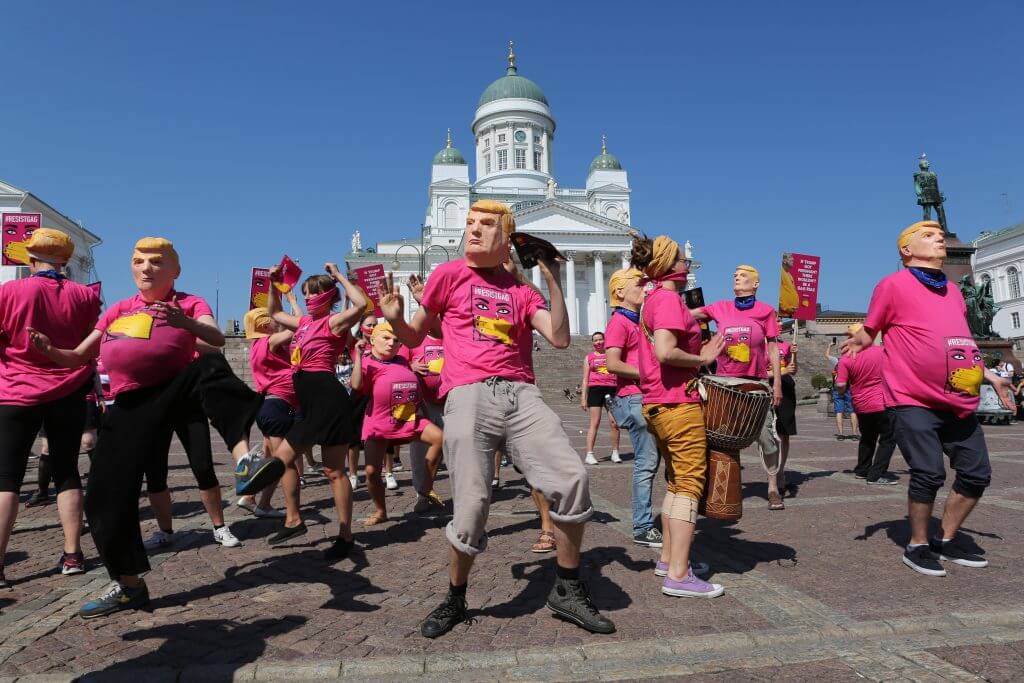 On 16th July in the hot and summery Helsinki a crowd of heavily pregnant Trumps and gagged women performed and protested at the Senate Square during the historical Trump and Putin summit. With the #resistgag protest, M4ID aimed to raise awareness of the devastating impact of the so called Gag Rule, which leaves millions of women without life-saving healthcare services in developing countries. Now the Trump administration seeks to enact the Gag Rule in the U.S. by applying the same restrictions to organizations that receive Title X and federal funding.

The eye-catching protest was well covered covered by international media and caught the attention of e.g. ABC News, Reuters, AFP news agency and Good Morning America – to mention a few. So far M4ID’s message opposing the Gag Rule has been picked up by over 100 outlets in the U.S. with a combined potential audience of 80 million.

“This unique protest was a joining together of activists and creatives who wanted to shine a bigger light on this policy in a unique way,” said Jennifer Paavola, M4ID’s Creative Director.

M4ID launched #resistgag after seeing the devastating effects first-hand in their work in Asia and Africa. Being Helsinki-based, M4ID took the opportunity inform the wider audience of the impact of the Gag Rule through a visual protest and street performance during Trump’s visit in Helsinki.

The protest was also widely noted by the leading news outlets in Finland. Also The National Museum of Finland requested the protest materials to be documented and displayed alongside with other items of the Trump and Putin Helsinki summit.

The #Resistgag project was independently funded by M4ID through the social mission fund. 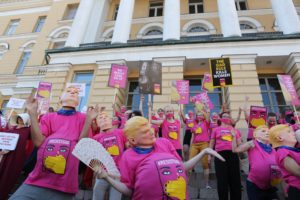 Over 40 activists joined the protest as Trumps or gagged women in Helsinki during the Trump and Putin visit. 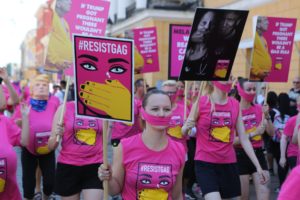 Alongside pregnant Trumps, also gagged women were an essential part of the protest. 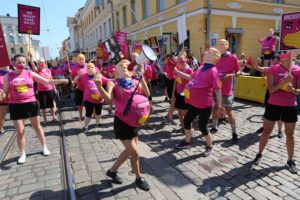 The performance-style protest stood out from the other demonstrations. 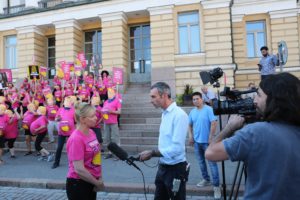 M4ID’s co-founder and co-CEO Mari Tikkanen was interviewed by AlJazeera.