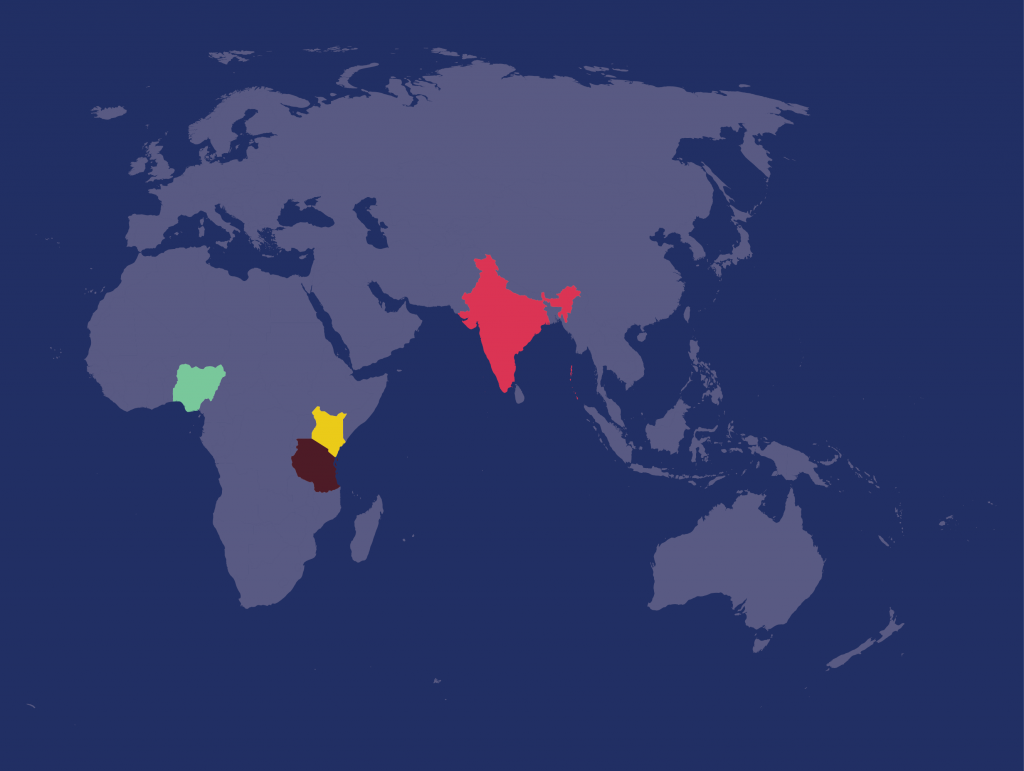 Women are central to their families. Motherhood is hard. Gender norms are strong and restrictive. Although the four Core countries are socially, culturally and economically distinct, qualitative data gathered during the Discover 1 research phase indicates similarities in women's SRH experiences.
March 5, 2019

“From the get-go we sensed that although women in the four countries lead distinct lives, there would be broad similarities in their sexual and reproductive health experiences.”

Back from fieldwork, Priyam Sharda, Design Research Lead for Core, had worked with Core’s research team to sift through and synthesise the vast amounts of data and information collected. Slowly, an overall picture was beginning to emerge.

“We were surprised at how many experiences were shared. Women we met across the Core countries, often shared similar attitudes and traits when it came to health and wellbeing. For instance, a largely passive and reactive approach to health was common, and any preventative measures were rarely in place. Women also often repeated that giving birth was a cause for joy, but also marked the start of the toughest time in their lives. They also commonly expressed a tendency to play down their own needs, limiting them to only those not seen as overtaking the needs of those around her.”

Sharda and the team took to documenting and compiling the cross-cutting themes. “The findings were very helpful, as they could be referenced and explored further in the second Discover phase, and subsequent project work.”

Core’s Discover 1 phase was completed through late 2017 to 2018. The information was collected by conducting in-depth interviews and group discussions women, men, health system workers as well as select experts.

The common themes the team identified were as follows:

Sharda looks forward to using this information in our work:

“While these commonalities do not necessarily represent new knowledge, they are important in that they reveal universal patterns. They demonstrate potentially interesting interconnected dimensions or lenses, which can be used to inform the subsequent phases of the project.”